Past projects have included a wide variety of themes. Communities in Bloom's first project in 2001 was the raised flower beds located in various locations around the City.


In 2002 they instigated the successful Banner Program, whereby local businesses purchased double banners that were hung by the City Crews on 2 main streets, and also began naming historic sites and installing plaques on these buildings.


2003 was a busy year as Communities in Bloom started a variety of projects. They chose the sunflower as their 2nd flower and held a contest which involved the seniors for the growing the biggest and tallest sunflower. The Butterfly Release Project, which was very successful and involved all Grade 2 students, was sponsored by local businesses. Pooper Scoopers were placed along walking paths around Lake Stafford and other locations.


In the end of 2003 and for 2004 the Dumpster Painting Program was initiated. Many groups such as the Rotary Club, Credit Union Staff, and the Cassilope Ladies Club painted the base color and groups like the Alliance Church Youth Group decorated the dumpsters. Beautification awards were also handed out this year to 10 residents to their personal addition to Communities in Bloom. Water Conservation was also the theme for 2004 as Grade 4 students had the task to use only 2 liters of water to brush teeth, wash themselves, and find a use for the "gray water". And the United Church Women's Fellowship created and maintains the flowerbed by StarTech.


Communities in Bloom, has also been involved with various projects in the City of Brooks to promote the beautification of our area. Last year they focused on the Marshall Drain Project. Birds in this area are identified and signs installed naming them and their habits. Park benches and trees will be at rest areas along the shaded path and a gazebo-type structure will be built. They are also selling "adopt-a-barrel" program to downtown merchants. They delivered the fully planted half-barrels to put outside their store to help beautify downtown.

Competing At The National Level


The added incentive of competing at the National Level has spurred the Communities in Bloom committee to double their efforts. To this extent, adopting the "Tidiness" theme, a Pitch-In week was organized May 1-5. More then 30 Area Coordinators have been identified to assist in encouraging the citizens of Brooks to tidy our City. They were brought together for a Wine and Cheese affair at the end of April.
Plans have been made for the beautification of the vacant property across from the Brooks Bulletin as well as the former Beaver Lumber property. Several church groups have volunteered to adopt the abandoned properties.

Music in the Park and Garden Angels


"Music in the Park" is again being co-sponsored in an effort to improve the quality of life in Brooks. A new initiative "Garden Angels" is being used to identify those who help in tidying our City. A Brooks Garden Tour is being organized to recognize special yards.
Finally, several citizens of Brooks have indicated an interest in upgrading and expanding pathways.

The Commemorative Forest is a permanent forest preserve located on the west side of Lake Stafford. This land has been set aside in perpetuity as a sanctuary. A yearly dedication ceremony is held to plant commemorative trees that recognize special events, people or passings. For a minimum donation of $150, 1 tree is planted in honour of the occasion and a frame-able personal certificate dedicating your tree will be issued. For more information, call 403-362-5184 or email brooksforest@gmail.com. To apply to plant a tree, click here. 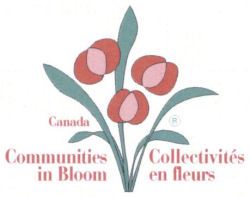